This is Satish Shetty. I am settled in USA with my wife and two kids.

On June-24th, She left house around 1:30PM and we have not heard back from her since. I rushed to India on July 4th and stayed till July-19th to step up the search efforts. I met Udupi SP Annamalai and appealed to him to fast-track the search & inquiry process. I also did a press meet in Udupi on July 17th. We also made posters and placed in various temples and bus stations. It is already 5 months now, still no clues about my mother.

At that time of missing, She was wearing a cream white saree with baby pink blouse. She is 65 years old and 5.5 ft tall, of fair complexion. The best way to recognize her is by looking at her toe fingers and they are not all straight. She was wearing approximately 4 lakhs worth of gold jewellery (which is her normal daily wear). I am requesting for a public support to trace my missing mother. Please share the news in WhatsApp & social media groups.

June 26th, My brother-in-law Dr Ram Monohar Shetty filed an FIR at Kundapur police station. On June 26th evening around 9:30PM, I talked to Udupi Superintendent of Police K Annamalai over the phone and appealed to him. When I visited India, I also met Annamalai on July 4th and July 19th at his Udupi office. On July 17th, Mr Annamalai visited our house in India along with Deputy Superintendent of Police Manjunatha Shetty to step-up the investigation.

On July 30th, We have announced Rs.1,00,000.00 reward for the person who provide us with a credible info about my mother. This includes police dept as well.

On January 2nd, 2019 Karnataka high court filed a FIR section 302 on 6 individuals. A copy attached below. 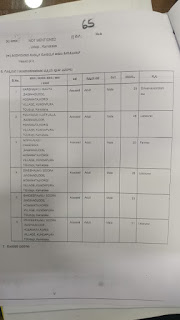 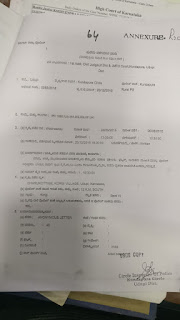 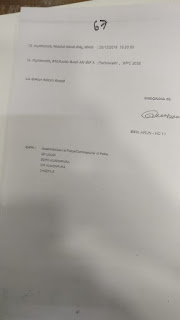 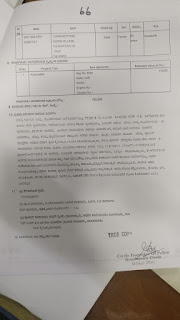 Please help me in tracing my mother. I need a support from the local community. Please share the news in WhatsApp & social media groups. Your support is much appreciated.